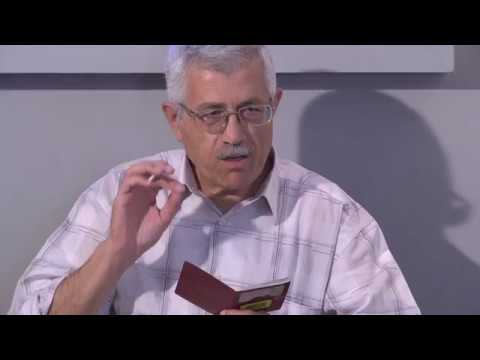 Temporariness is a well- known Israeli procedure used with the Palestinians. The examples are many: Your presence in East Jerusalem for instance is considered to be temporary, and you will be defined as “ A Jordanian Citizen residing permenantly in Israel”, or as a “ holder” of “Undefined” , or “ unclassified” status as it is new added in this year.

Another example is the one related to Palestinians living in Area C of West Bank. Some of these were evacuated from the Negev in 1950’s. The Jordanian Government allowed them by then to reside in the so called “ Miri Land” in West Bank.

Opposite to the Western concept of “ State land”, the “ Miri Land”, is part of the inherited Ottoman land law, which gives usufruct  rights to those who cultivate and use the land, including the right to inherent its use from one generation to other.

After 1967 occupation, Israel put it hands over all the Miri Lands in West Bank, and started to deal with them as “ State lands” disregarding as such the rights of the usufructs of these lands a generation after a generation since the 1948 Nakba. The Israeli High Court of Justice accepted such a definition , and Upon that the Bedouins of Al Khan Al Ahmar and others in the Jordan Valley and around Hebron began to face this claim that their presence in those lands is temporary and that they should be ready to leave them.

Yet a third example is from inside Israel of 1948. There, the Bedouins residency areas are considered temporary by the State of Israel, and therefore the Israeli authorities is seeking to evacuate them, the last example is Umm Al Hiran village which received an Israeli High Court decision of evacuation from the land of the ancestors in the last April. Besides it Al Araqeeb village is still struggling to stay in the place, by keeping building the “ illegal” village according to the Israeli law once and again after each demolition by the Israeli Aurhorities. These demolitions reached the number of 130 times till today.

As such, the title of this column “ Daying in Temporariness”, refers to the fact that the Palestinian  spends his/her hall life in temporainess. In Such a life he/ she will need so creative ways of action in order to be able to stay in place, and/ or to manage the damage happening by decreasing its effects in case of the inability to get rid of it. In other words the policy of “ Temporariness”, include in it an integral component that make it impossible for the Palestinian to change it as much as the Israeli occupation and his legal structures continues. He/ She ( The Palestinian) has no option other than to find ways to maneuver in order to be able to continue existing till he/ she dies.

The Temporariness procedure is addrsssing both land and the human being and the link between them as well.

Starting with the Human being, the procedure allows for the punishment of the Palestinian, not because he/ she did something wrong, but because he/ She exists where he/ she is not supposed by Zionism to exist as Dr Adi Ofer indicated. As such one can understand why an angel like Razan Najjar the paramedic will be killed on the borders between Israel and Gaza, while practicing her paramedic services to the casualities. One can also understand why cruel violence and the heavy power of the Israeli army will be used against the Palestinian peaceful marches since 1967 till today. Other practices to understand in the light of this include also ( among others) the so called” Citizenship and residency procedures” used by Israel with the East Jerusalem Palestinians as mentioned above.

In regard to the land, considering it as “ Eretz Israel” by the current Israeli Government and its colonial settlers, leads to the disconnection in thier minds between the land and those who lived over it for very long centuries before the “ return of the Jews” as it is called beginning from the 19th century.

The result is then twofold: In one hand the land presence in the hands of the Palestinians is considered by this continous Zionism as temporary till the “ People of Israel” take it back. This is in one hand.

In the second hand, the attachment and the connection between the human being and the land is considered to be also temporary. What follow this consideration are policies not only to takeover the Palestinian Land, but also others that makes the presence of the Palestinians in the whole country as “ illegal”. Here this “ illegality” is not limited to the East Jerusalem Palestinians, but it also include the area C Palestinians who are subject to evacuations from their lands, house demolition, and all the other procedures that the Palestinian Jerusalemites face. Finally the people in areas A and B are under so many restrictions that “ invites” them to leave the country. To be added as well the policies of temporariness that are  still practiced against the Palestinians inside Israel, and those on the opposite that do not acknowledge any right of the Palestinian refugees to return to their homeland. The logic of the concept is going in the direction of creating new refugees instead of solving the previous ones continous plight since 1948.

In conclusion, these policies of temporariness, are just other indications of a settler colonial project that is still expanding on the expense of other, rather than indications to the willingness of this project to solve the problem with the other by recognizing as the indigenous rights of that other. In the case of Israel we still have a state in the service of the settler colonial project not a vice verca. As such it’s borders did not stop on 1948, but it keeps expanding and expanding. This include a lot of resulting doomsday scenarios that one can see, and can also expect worsening in the future.